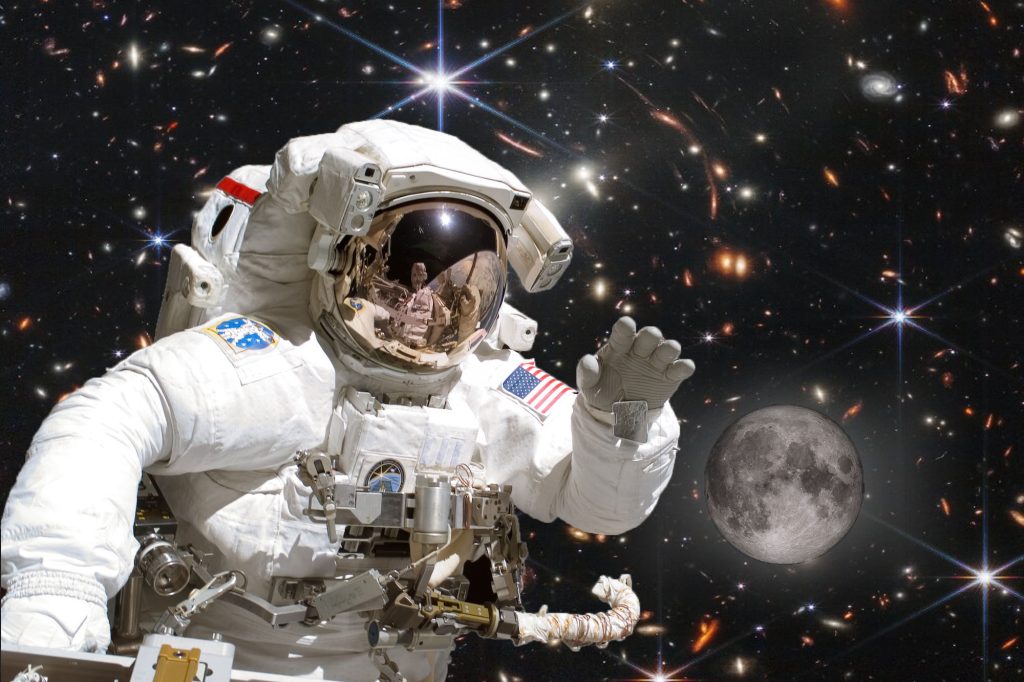 Country: United Kingdom
State/Province: Cambridgeshire
Age Category: 13-14 Years Old
Inspired by: The picture of the stars in the back is a very recent picture taken by NASA’s James Webb Space Telescope which is approximately the size of a grain of sand held at arm’s length. It is the most detailed view of the early universe to date. On the other hand, the astronaut at the front is trying to catch the moon, just like Neil Armstrong landing on the moon during the space race in 1969, and people trying to find out more about the space which is a huge contrast comparing to the picture in behind. In my entry, I tried to depict how space technology has come a long way.